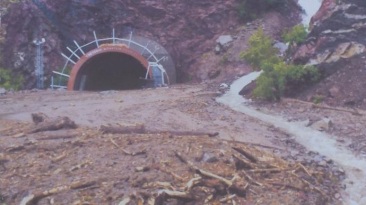 -Ancient STC fallout shelter from the dark age of technology

-Has become operative 3 times since installation was activated.

Isolation: When acting in void combat +5 to crew rate when alone against several targets and -5 if acting along allies.

Compact: Its Space requirement is reduced by 4 (to a minimum of 1 if it is Internal or 0 if it is External).

Imposing: An ancient and overwhelming testament to ages long past and knowledge long forgotten, this Component grants the vault’s commanders a +10 bonus to all Intimidate and Command Tests made inside a habitat upon which it has been installed.

Incalculable precision: This Component is so finely honed that it draws less power than it might otherwise, takes up a minimum of space, and often makes maintenance unnecessary. Decrease its Size and Power Requirements by 1 (to a minimum of 0). Its
presence increases the ship’s Morale by 1, as ratings occasionally find their assigned toil far less onerous than expected.

Swirling energies: If this Component would ever become unpowered or stop generating Power, so long as it is not destroyed in the process, it continues to do so for 1d10
hours after it would normally shut down.

All ships have large aqua-reservoirs, but a ship that selects this component devotes a sizeable amount of space to a major water reservoir. As a result, large quantities of coolant can be delivered anywhere on the ship.
Water Supplies: Increase the time a ship may remain at void without suffering Crew Population or Morale loss by +50%.
Fire Suppression: The reservoir can be used to fight fires more effectively, providing a +20% bonus to Command Tests made to put out fires and reduces Crew Population and Morale loss from fires by 2.
Lance Coolant: Increase the damage of all shipboard lances by 1, as the ship’s lance batteries may be more effectively cooled and fired more rapidly.
Unbalanced: A large aqua-reservoir reduces the ship’s Maneuverability by 5%.

Your vessel’s corridors and passageways have been designed from an early stage to be easily defensible. Bulkheads double as cover for heavy weapons teams. Centrally operated weapons-lockers spring open when battlestations are declared. Airlocks pump deadly nerve gas into sealed sections of the ship that have been captured by the enemy. The bridge is ringed with gunports and murder-holes, keeping the senior command crew safe during the most desperate hand to hand fighting.
Murderous fire: The ship gains a +10 to all Command Tests when defending against boarding actions and Hit and Run actions.

A series of pneumatic transit tubes run throughout the ship, quickly conveying cargo, materials, and crewmembers around the ship. During combat, armsmen and repair teams can rapidly be deployed around the vessel, directly to where they are needed.
Armsmen Deploment: The ship gains a +10 to Command Tests when defending against boarding actions and Hit and Run attacks.
Repair Teams: Repair teams can quickly be deployed throughout the ship, granting it a +10 bonus to Emergency Repair tests.
Evacuation: Reduce Crew Population losses due to fires, depressurization, and other component-based damage by 1, to a minimum of 1.
This component may not be installed on vessels with a Tenebro-Maze.

This Temple is a fantastic piece of archeotech and engineering, kept lovingly updated by some of the most powerful members of the imperium, placing what would normally be many more components, usually spread throughout a fleet in anything other than an Ark Mechanicus, so that a single ship can usefully do a myriad tasks befitting exploration and the obtaining of knowledge. It has a myriad linked components: places of worship of the Emperor in his guise of the guiding light of human knowledge, or as his incarnation as the Omnissiah, as well as various Imperial saints associated with blessings of sanctioned, appropriate individuals towards tasks of learning and discovery for the greater humanity. It has things such as: a Librarium where, rather than being stocked mainly with books and scrolls, writings can be etched microscopically onto durable disks of sapphire or diamantine for later storage and retrieval, including facilities necessary to transfer traditional media onto this method; a Laboratorium, where small artefacts can be studied; a small-batch rapid prototyping manufactorum, with the curious, lost-to-time name of a ‘Skunkworks’; it has a small research hospital where humans can be treated or ailments investigated or upgrades installed to the flesh. Some of the capabilities are less compared to their larger, dedicated equivalents, but the sheer usefulness more than make up for it.

Space 5, Power 5, Ship Points 10, Archeotech *Can only be put in a Heavy Frigate, sufficiently sized Transport (Space and Hull both of at least 40), Light Cruiser, Cruiser, or Larger ship

*+10 to crafting or repair checks of small items or small batches of items, including via Trade checks, as well as medicae tests, all non forbidden lore investigation tests, as well as forbidden lore archeotech, and, at GM’s discretion, any forbidden lores directly associated with sanctioned Imperial technology, like Mechanicum, Astartes, Ecclessiarchy, or Inquisition (when dealing with Mechanicum/Space Marine/Sororitas/Inquisitorial technology, for example). Further, at GM discretion, sometimes extended actions such as Triage may work for more crew than otherwise when making use of this component, and other similar benefits.

*Counts as having Good Quality Superior Damage Control for this component only, even if that component and upgrade are not otherwise on the ship

*Cannot be made Best Quality; is already Archeotech *+25 to all endeavors due to the multi-faceted utility