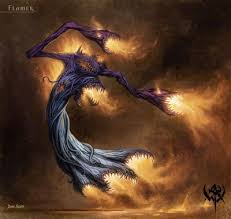 -Starts to gain immense amount of power from warp echoes caused by increased human population at the system.

As Humer gives first sermon at the cathedral of Immaculate Truth he challenges the daemon to contest of wills.

Sun spot is penetrated with a vessel and daemon is challenged by by attacking force.